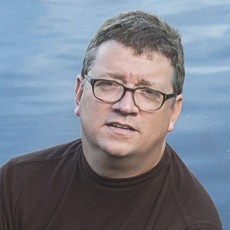 Ian Mairs is the author of  fifteen plays whose titles include Bay at the Moon, Parts Unknown, Our David, She’s a Big Girl Now, Nocturne at Twilight and Eb Scrooge: A Southern Fried Carol. His work has been produced in New York at Theater Row Theaters, 13th Street Repertory, The Kitchen Theater in Ithaca; in Atlanta at the 14th Street Playhouse, Seven Stages Backdoor Theater and Actors Express; in Florida at Theatre Jacksonville, American Stage, the Loft and Theatre Southeast. His latest play, The Learning Curve, was the recipient of a development grant from the Jacksonville Community Foundation.

He received his BFA in Theatre from Florida State University (Acting) and his  MFA in Theatre (Dramatic Writing) from Ohio University. Awards include Arts Ventures Grant from NEA and Jacksonville Community Foundation. State of Florida Individual Artist Fellowship,  Parry/Billman Fellowship for Fine Arts and Scott McPherson Playwriting Award. Four of his plays are published by Playscripts Inc. (New York).  He has taught playwriting and acting at Ohio University, University of North Florida, Florida State College at Jacksonville and Douglas Anderson School of the Arts. 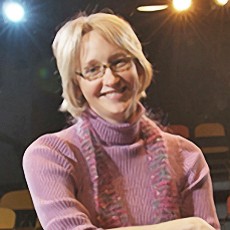 April earned a Bachelor of Fine Arts in Acting and a Master of Fine Arts in Directing from Florida State University. A Florida native, April transplanted to West Virginia in the summer of 2003 to join the Theatre Faculty of Davis & Elkins College. She is currently an Associate Professor of Theatre and the Chair of the Fine & Performing Arts Department where she teaches acting and directing. April is delighted to have the opportunity to work with some of West Virginia’s most promising emerging theatre artists. At sixteen, April had the opportunity to attend a Performing Arts High School and understands the importance of developing self-discipline for the craft of acting and knowledge of the realities of professional theatre, while building useful skills that can translate to future theatre work. As an actor, she has worked in several Florida Theatres including Theatre Southeast, New Theatre, Florida Stage, The Caldwell Theatre, Fort Lauderdale Public Theatre, Oasis Theatre Company and Hollywood Playwright’s Theatre. Ms. Daras’s directing credits cover the range of dramatic literature and include classical theatre, musicals, modern drama and contemporary pieces. April has also been involved in the development of original theatre pieces and values working with playwrights in the development of new scripts. 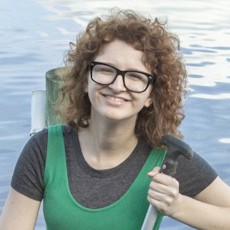 Hailing from the Jacksonville Beaches, Hurley holds a passion for telling the stories of the people of Florida. She is currently an English major at the University of North Florida with a concentration in Creative Writing, moving toward her graduation in the summer of 2014. Hurley serves as copy editor and staff writer for the publication Perversion Magazine. She recently published short fiction in the anthology 396 Hours. Always a lover of radio, Hurley is thrilled to collaborate with Swamp Radio to tell the stories of her home. 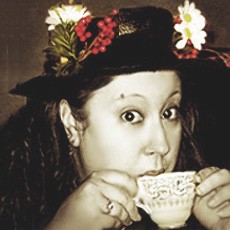 Caryl currently serves as tech guru, marketing maven, and designer extraordinaire for a number of Jacksonville arts organizations and is the marketing and communications manager for Cultural Fusion. When not at her computer, she can usually be found hanging out at one of the local coffee shops or theatres.